Professor Waffel was recently secretly observed by Professor Fokuda-san performing at a shady club at the outskirts of Copenhagen with an equally shady space-rock band called Seid. Moreover, Prf. Fokuda-san was able to document the use of regular meters and harmonics. Has Professor Waffel branched out? And what action will the board? Is there even a board at the Institution? 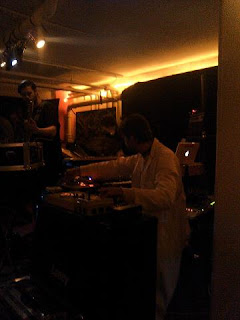 Meanwhile, Hemmelig Tempo have still to release their EP "See You in Court Motherfuckers!", which was due for release on magnetic tape in Northern Finland several months ago. Rumours of an impending seminar in connection with experiments related to the forthcoming album "Are You Part of Some Kind of Cult?" have so far not manifested themselves in tangible results. Stay tuned between frequencies for more.