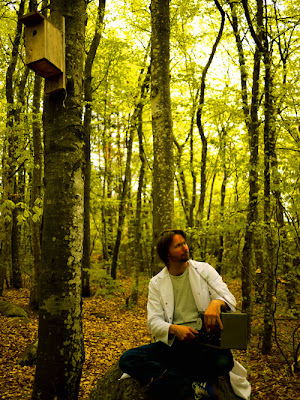 The Australian Lyre-bird (Menura superba), the Nightingale (Luscinia megarhynchos) and the Sky Lark (Alauda arvensis ) remain among the most inventive song birds in the natural fauna. The former is known to perform a ritual in which it clears a small circle in the forest and mimics all the other song birds in its’ region. Furthermore, it also interpolates imitations of human-related activities such as snapping photo-apparatuses, growling chain-saws and falling trees. In many respects, the Lyre bird resembles the famous CASIO SK-1 6 bit sampler, but it is not as circuit-bendable.

Professor Waffel constructed his W5 Secret Bird Oscillator from a cannibalized walkie talkie and other circuits which were placed inside a Test Oscillator from the 1950’s. Installing a hand-crank and joystick on the device, he found that it was capable of producing expressive sounds which could mimic local bird species. The current study was conducted during Hemmelig Tempo’s Skjærgårdsseminar 2010, and had two main objectives. 1) To examine whether the device was able to attract other song-birds. 2) To examine whether individual performance styles had an impact on the result.

A suitable location was selected within Ruagerkilen Nature Reserve. The W5 Secret Bird Oscillator was placed on a rock below a bird house which had been put up by Professor Waffel some time ago. Recording the performance with a Zoom H4 portable recorder and a Panasonic Lumix GF1 HD video camera, each performer was given 5,3 minutes to manipulate the bird imitation device using his own idiosyncratic methods.

The study remains inconclusive. It must be considered a major methodological flaw that local bird behaviour was not systematically monitored. Although Doktor Døv claimed to have established communication with a Northern Lapwing (Vanellus Vanellus), listening eagerly for reactions is hardly scientifically valid. Furthermore, there is evidence to suggest that Professor Fokuda-san’s aggressive performance may have scared away several species from the nature reserve, making the entire study ethically questionable. How Professor Waffel will ever be able to communicate with his neighbours should be the focus of a future study

Watch the dissemination of the study on Vimeo. 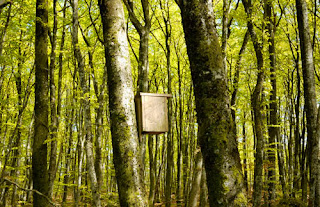 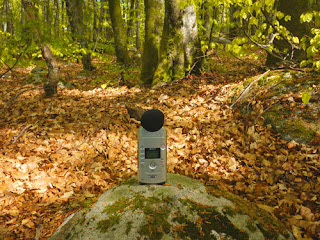